The Walt Disney Company has had an office in Moscow since 2011, based in the Novy Arbat Street area of the city. The space was created by UNK Project, who also recently redesigned the office of “Walt Disney Studios Sony Pictures Releasing” located in the business center Stanislavsky Factory. The office features a fully-fledged movie hall, with the charm of the Hollywood “hangar” studios becoming one of the architects’ design foundations. Disney also commissioned UNK Project for their central office which was to look nothing like the already-existing one, nor like the office of WDSSPR. The authors of the project decided not to go too far for inspiration – it would not have been really worth the effort trying to “dream up” something magic for the company that has for decades been specializing in the creation of magic worlds. The stylistic concept was based on the story of Alice in Wonderland, one that we also know from the Disney cartoon.

The planning was based on the “open space” principle, although it does look that way at first glance. In strict accordance with the spirit of Carroll’s tale, the architects treated this space as a chessboard, separate “fields” of which are the working areas, offices, and meeting rooms. Also, it is virtually impossible to walk from one end of the office to the other in a straight line: instead of direct passes, the architects made winding corridors and secret paths, and the visitor’s way is now and then blocked by this or that working area. 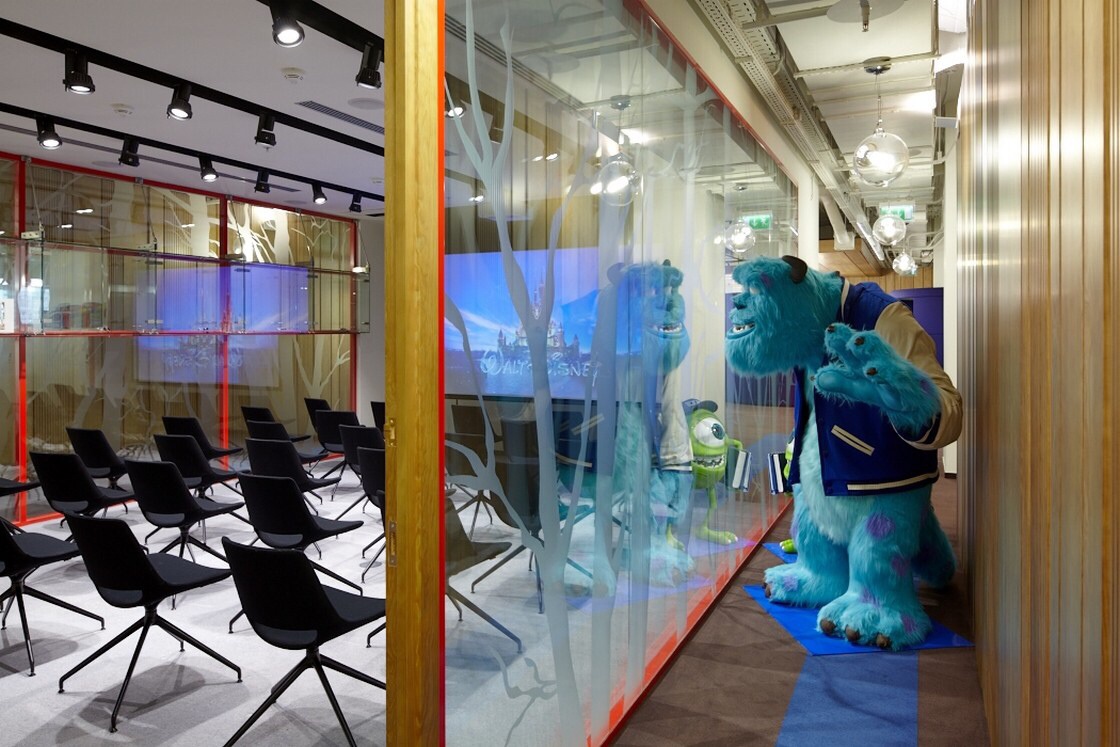